Christians in Crisis: The Lord removes your guilt 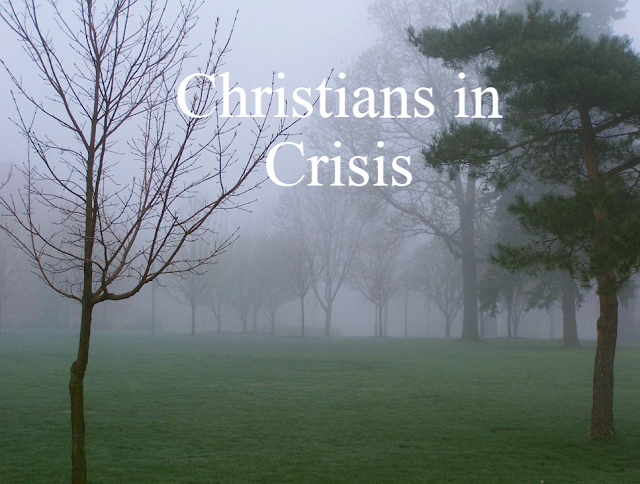 Isaiah 64:6-8 6 All of us have become like something unclean, and all our righteous acts are like a filthy cloth. All of us have withered like a leaf, and our guilt carries us away like the wind. 7 There is no one who calls on your name, who rouses himself to take hold of you. So you hid your face from us. You made us melt by the power of our guilt. 8 But now, Lord , you are our father. We are the clay, and you are our potter. All of us are the work of your hand. You, the Lord , are our Father. Our Redeemer from everlasting is your name. (Isaiah 63:16) Amen. Do you ever feel like a failure? You work hard all day. You come home stressed. You don’t mean to, but you take that stress out on your family with your short temper. You rush around all day long trying to go from one online meeting to the next, then helping your kids with their homework and then chasing them to their extracurricular activities. You’re too exhausted to prepare a healthy meal for your family. So, it’s chi
Post a Comment
Read more

1 Corinthians 15:20–28 20 But in fact Christ has been raised from the dead, the firstfruits of those who have fallen asleep. 21 For since death came by a man, the resurrection of the dead also is going to come by a man. 22 For as in Adam they all die, so also in Christ they all will be made alive. 23 But each in his own order: Christ as the firstfruits and then Christ’s people, at his coming. 24 Then comes the end, when he hands over the kingdom to God the Father, after he has done away with every other ruler and every other authority and power. 25 For he must reign “until he has put all his enemies under his feet.” 26 Death is the last enemy to be done away with. 27 Certainly, “he has put all things in subjection under his feet.” Now when it says that all things have been put in subjection, obviously that does not include the one who subjected all things to him. 28 But when all things have been subjected to him, then the Son himself will also be subjected to the one who subjected all
Post a Comment
Read more

Praise the Lord your God 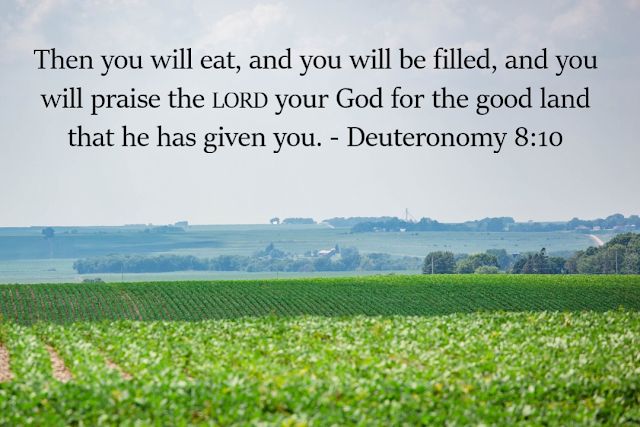 Deuteronomy 8:1-10 Be conscientious about carrying out the entire body of commands that I am giving you today so that you may thrive and increase and you may go in and possess the land that the  Lord  promised by oath to give to your fathers.  2  Remember the whole journey on which the  Lord  your God led you these forty years in the wilderness, in order to humble you and to test you, in order to know what was in your heart, whether or not you would keep his commandments.  3  So he humbled you and allowed you to be hungry. Then he fed you manna, which neither you nor your fathers had known before, in order to teach you that man does not live by bread alone, but man lives by every word that comes from the mouth of the  Lord .  4  The clothes you wore did not wear out, and your feet did not swell these forty years.  5  So know in your heart that just as a man disciplines his son, so the  Lord  your God disciplines you.  6  Therefore you are to keep the commandments of the  Lord  your Go
Post a Comment
Read more 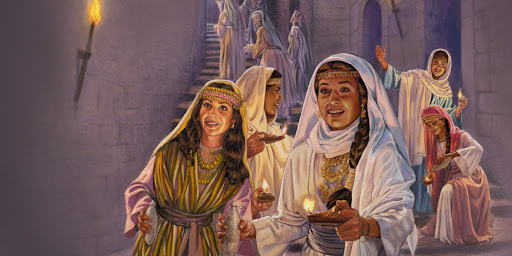 Matthew 25:1–13 “At that time the kingdom of heaven will be like ten virgins who took their lamps and went out to meet the bridegroom. 2 Five of them were foolish, and five were wise. 3 When the foolish ones took their lamps, they did not take any oil with them; 4 but the wise took oil in their containers with their lamps. 5 While the bridegroom was delayed, they all became drowsy and fell asleep. 6 But at midnight there was a shout, ‘Look, the bridegroom! Come out to meet him!’ 7 Then all those virgins got up and trimmed their lamps. 8 The foolish ones said to the wise, ‘Give us some of your oil because our lamps are going out.’ 9 But the wise answered, ‘No, there may not be enough for us and for you. Instead, go to those who sell oil and buy some for yourselves.’ 10 But while they were away buying oil, the bridegroom came. Those who were ready went in with him to the wedding banquet, and the door was shut. 11 Later, the other virgins also came and said, ‘Lord, Lord, let us in.’ 12
Post a Comment
Read more

The Ancient of Days sits on his throne 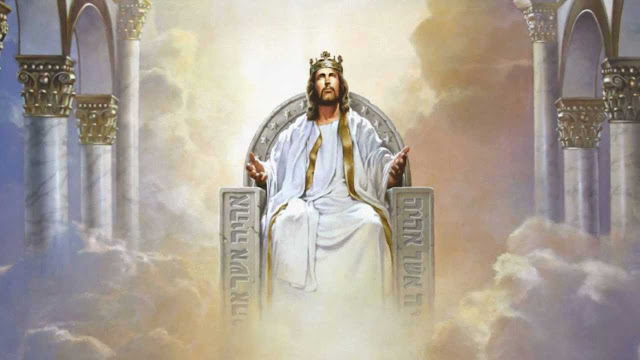 Daniel 7:9-10 9 I continued to watch until thrones were set up, and the Ancient of Days was seated. His clothes were white as snow, and the hair on his head was like pure wool. His throne was flames of fire. Its wheels were burning fire. 10 A river of fire flowed out from his presence. Thousands upon thousands served him, and ten thousand times ten thousand stood before him. The court was seated, and books were opened. The King will come at age’s end, The trumpets trill, the heavens rend, Unveiling new Jerusalem. Alleluia! (CWS: 731 v1) There is a very good chance that you weren’t happy with how the elections turned out this week. Somewhere along the way, at least one of the candidates you voted for did not make it. I’m not afraid to admit that my candidate didn’t win. One of our state senators was running unopposed, so I wrote in a name. Jerry Marowsky, our 8 th grade teacher. I asked Mr. Marowsky on Tuesday how his exit polling was going. I told him it was my fault. I started
Post a Comment
Read more 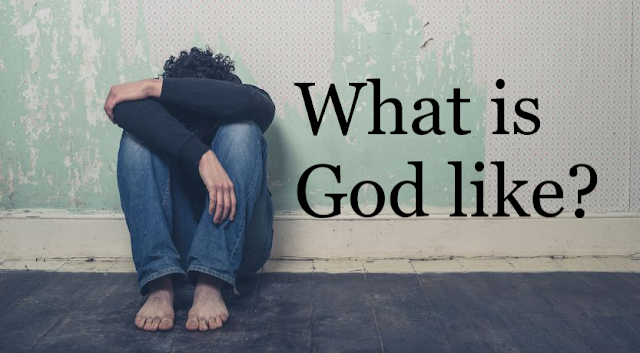