Showing posts from March, 2019
Show all

John 18:33-40   33  Pilate went back into the Praetorium and summoned Jesus. He asked him, “Are you the King of the Jews?” 34  Jesus answered, “Are you saying this on your own, or did others tell you about me?” 35  Pilate answered, “Am I a Jew? Your own people and chief priests handed you over to me. What have you done?” 36  Jesus replied, “My kingdom is not of this world. If my kingdom were of this world, my servants would fight so that I would not be handed over to the Jews. But now my kingdom is not from here.” 37  “You are a king then?” Pilate asked. Jesus answered, “I am, as you say, a king. For this reason I was born, and for this reason I came into the world, to testify to the truth. Everyone who belongs to the truth listens to my voice.” 38  “What is truth?” Pilate said to him. After he said this, he went out again to the Jews and told them, “I find no basis for a charge against him.  39  But you have a custom that I release one prisoner to you at the Passover.
Post a Comment
Read more 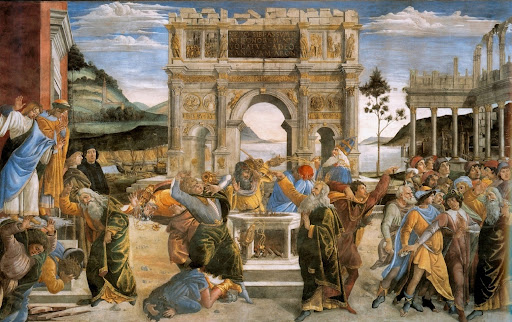 Numbers 16:23–40 23 The Lord spoke to Moses: 24 “Tell the assembly, ‘Move away from the dwelling of Korah, Dathan, and Abiram!’” 25 So Moses got up and went to Dathan and Abiram. The elders of Israel followed him. 26 He told the assembly, “Move back from the tents of these wicked men. Do not touch anything that belongs to them, or you will be swept away because of all their sins!” 27 So from every side, they moved away from the dwelling of Korah, Dathan, and Abiram. Dathan and Abiram came out and stood at the entrance to their tents with their wives, children, and little ones. 28 Moses said, “This is how you will know that the Lord has sent me to do all these things and that all this was not just my idea. 29 If these men die a death like everyone else and if they suffer the same fate that everyone does, then the Lord has not sent me. 30 But if the Lord creates something unheard of and the ground opens its mouth and swallows them up with everything that belongs to them, and th
Post a Comment
Read more 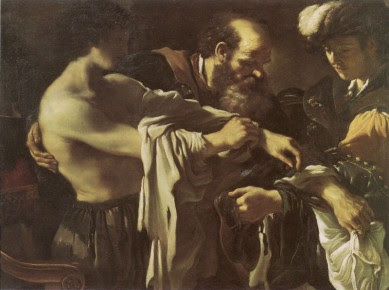 Artwork: The Return of the Prodigal Son Artist: Giovanni Francesco Barbieri Worship Theme: Today we see the sincerity of our Savior’s love. God’s mercies are always waiting for us. God is anxious to forgive us. He pleads that we come to him and be saved. Such constant and free forgiveness doesn’t make sense to human logic. But God’s ways are greater than our ways. If his grace weren’t so great, it couldn’t cover all of our sins. We rejoice in God’s amazing grace which always gives forgiveness for all sins! Old Testament: Judges 10:6-16 6 Once again the people of Israel committed evil in the eyes of the Lord . They served the Baals and the Ashtartes, the gods of Aram, the gods of Sihon, the gods of Moab, the gods of the people of Ammon, and the gods of the Philistines. In this way they forsook the Lord and did not serve him. 7 So the anger of the Lord burned against Israel, and he sold them into the hand of the Philistines and into the hand of the Ammonites, 8 who
Post a Comment
Read more

John 19:14-18   14  It was about the sixth hour on the Preparation Day for the Passover. Pilate said to the Jews, “Here is your king!” 15  They shouted, “Away with him! Away with him! Crucify him!” Pilate said to them, “Should I crucify your king?” “We have no king but Caesar!” the chief priests answered. 16  So then Pilate handed Jesus over to them to be crucified. So they took Jesus away.  17  Carrying his own cross, he went out to what is called the Place of a Skull, which in Aramaic is called Golgotha.  18  There they crucified him with two others, one on each side, and Jesus in the middle. “Take him away!”—three words that showed the truth of the prophecy of Isaiah: “He was despised and rejected by mankind” (53:3). “Take him away!”—three words that showed the truth of Jesus’ prediction that he would be handed over to the Gentiles and crucified. “Take him away!”—three words that showed the truth of St. John’s observation: “He was in the world, and though the worl
Post a Comment
Read more 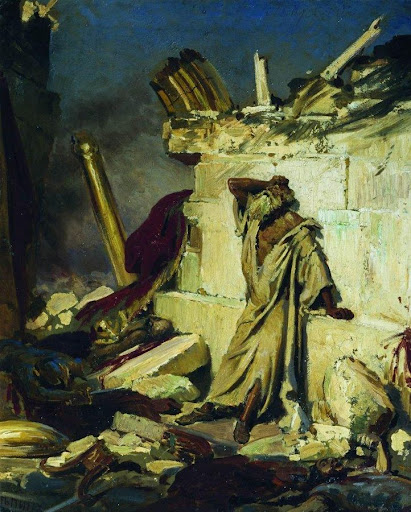